The Fisch Principle for Gold and Platinum

Gold and platinum is much denser (and therefore heavier) than the common metals such as lead, brass, copper and steel that are used to make fake bullion coins.

For example: A fake made from lead to exactly the same thickness and diameter as a genuine Krugerrand would be 35% lighter than the genuine coin. If made the correct weight and diameter, it would be 54% too thick.

Tungsten fakes will be detected by the Ringer.The Fisch is a precision made instrument that checks the vital measurements of a specific coin: 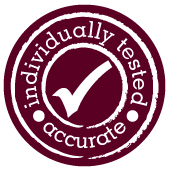 The Fisch System for Silver

The silver coins checked by Fisch have a density (weight) different to the common metals used to make fakes.


For example: a counterfeit made from brass to exactly the same thickness and diameter as a genuine 1oz American Eagle silver coin would be 19% too light. If made to the correct weight and diameter it would be 23% too thick.

For example: a counterfeit made from lead to exactly the same thickness and diameter as a genuine 1oz American Eagle silver coin would be 8% too heavy. If made to the correct weight and diameter it would be 7.5% too thin.

For example: a counterfeit made from brass to exactly the same thickness and diameter as a genuine U.S. Silver Dollar would be 17% too light. If made to the correct weight and diameter it would be 21% too thick.

The Fisch is a precision made instrument designed to accurately check the vital measurements of a specific coin.

A combination of different metals could be used to make a fake silver coin of the correct size and weight - but it would have to be made very accurately to pass the Fisch. Use with the Ringer to detect common metal and tungsten fakes.

The resonance frequency (sound) of a coin when it is struck by the Ringer is determined by its material, size and shape. If a fake coin is the correct size and shape, but is made of the wrong material, then it will most likely have a different sound. The sound of a tungsten fake is very different to that of a 916 gold coin, less obviously different to that of a 999 gold coin. While a gold coin rings, a tungsten fake does not ring at all. Only a dull thud will be heard. This is demonstrated by The Ringer. 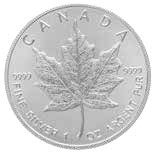 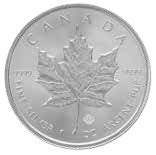 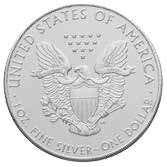 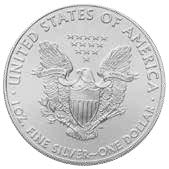 Tips on Ringing Small Coins
Put the coin halfway between the rim and the center the coin towards the hammer so that more of the coin is over the hammer. Squeeze or push down on the Ringer over the arms to hold the coin more firmly. Hold the Ringer up to your ear when you ring a coin. The smaller the coin, the higher the frequency and this will help you hear it.

More on the Ringer

The Ringer is designed primarily to be used to detect tungsten counterfeits of 1oz gold coins.

The Ringer can also be used to check 1oz silver coins as a different composition of metal/s used to make a fake will give a different ring tone to that of a genuine coin. Having said that, the fake 1oz silver coins we have checked and those that have been reported are too thick and will be detected by the Fisch. This emphasizes the necessity of using the Ringer as well as the Fisch to check a coin.

The smaller the coin, the more difficult it is to ring. The limit is probably a coin that is no smaller than 1/2oz.* However no tungsten fake coins of less than 1oz size have been reported. Use the Fisch to check for common metal fakes such as lead, brass, copper and steel or combinations of these metals.

*A user reports getting a good ring on a British Sovereign. So this means that a coin as small as 1/4oz gold would be ring-able.

916 fine or 22 karat coins such as the American Eagle, Krugerrand, Mexican 50 Pesos, US $10 & $20, 100 Corona, Britannia (1987-2012) give a very distinctive ring. 999 fine or 24 karat coins like the Maple Leaf & Philharmonic, give a less distinct, but still discernible ring. After the thud of the hammer on the coin, you can hear a soft ring. A tungsten fake gives no ring whatsoever. On the Fisch Family pages there is a comparison of the rings of a genuine Maple Leaf coin and a tungsten counterfeit (as well as genuine and fake silver coins.)

On the same Fisch Family pages, there are also pictures of genuine American Eagle, Krugerrand & Maple Leaf gold coins alongside tungsten based counterfeits (as well as genuine and fake silver coins.) These pictures are important tools in detecting fake coins: The tungsten fakes, due to the manufacturing method used, do not have the definition, or detail, of a genuine coin.

The Fisch Family pages are a resource for Fisch users only. On purchasing, you can register for immediate access.

Here is what users say about the Ringer

From an email dated July 27, 2015:
"We think we have even detected a fake coin with the Ringer. A Gold Eagle did not ring even a little bit, no matter how many times we tried it, even though other coins rang like a bell, proving we were using ringer correctly. We returned the coin to the dealer."

From an email dated November 4, 2014:
"I received the Ringer yesterday. It worked great on a variety of coins I tested. Excellent design on this ingenious product."